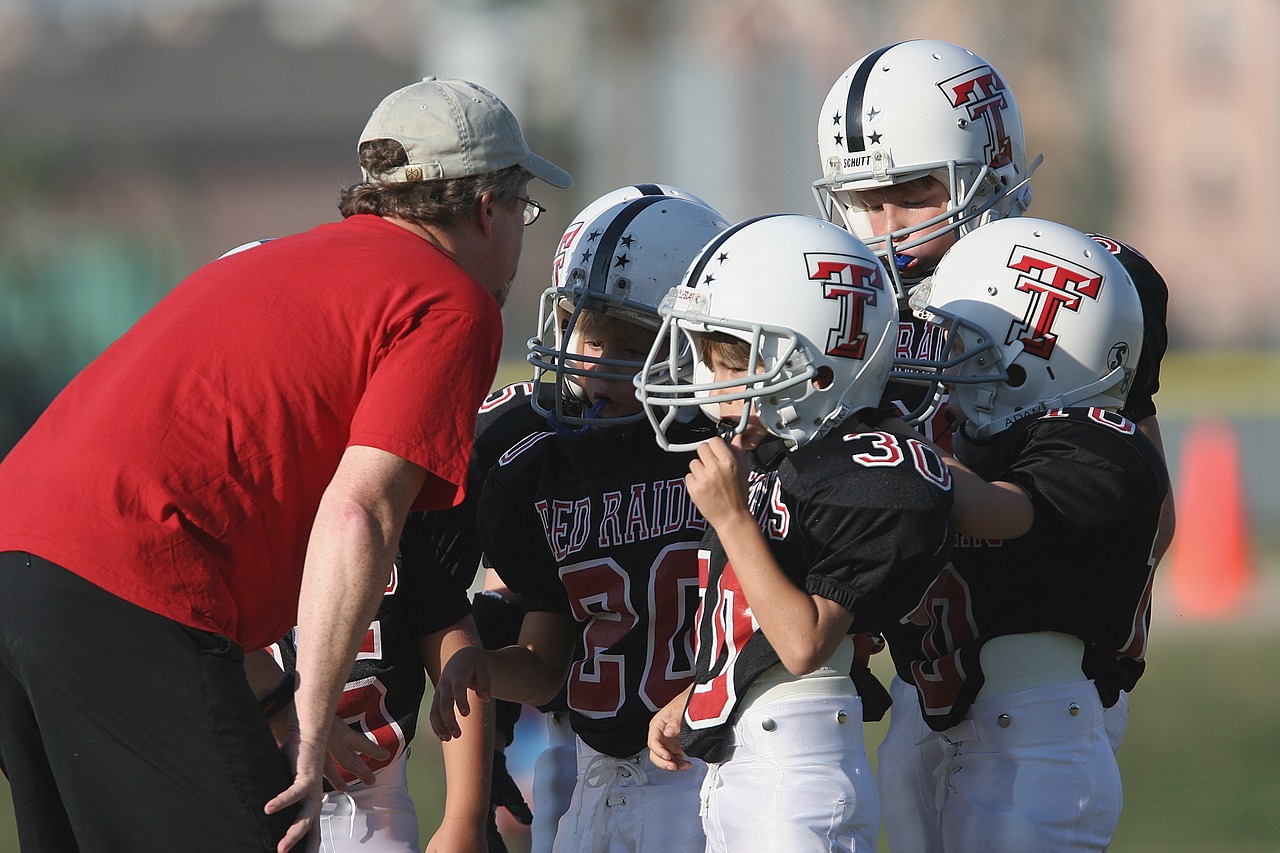 In all the different sports around the globe, there are a number of coaches athletes depend on. Some coaches are clearly better than others, and it doesn’t always come down to previous sports experience. Being a good coach and bring your team one victory after another isn’t an easy task and the large sums of money paid to professional coaches reflect this.

An effective coach puts in the time and effort to make sure that they are helping the team as much as possible. What are some great qualities to have as a coach? Here are 10 tips to show you how to be a good coach and reflect and improve on what you’re already doing.

A coach is supposed to be the leader of a group of athletes, but it makes a lot of sense to listen to what the players have to say. They can provide some great feedback so coaches know how the team is feeling. Blindly going about coaching without considering feedback is a recipe for disaster.

If the athletes are not voicing their opinions, body language can tell a lot about how a squad is feeling as well. Make sure to observe not only the team’s performance but how they react to certain situations.

Set clear goals and a clear path to achieve them

With clear goals in place, athletes have something to work towards. Goals need to be realistic, but also a challenge so a team pushes themselves to the limit.

Remember that a team should have their own goals, but individual goals are beneficial as well. Talk with each player and set up goals that can really push them to be their best.

Communication is always a major key when it comes to coaching any level. Players always want to know what is going on, and leaving them in the dark can cause some trust issues down the road.

Even outside of practice and games, quality communication skills are important if something comes up. Something as simple as a rain out or a scheduling conflict can be resolved with quick, efficient communication.

Be confident, but not arrogant

One of the biggest mistakes a coach can make is thinking that they know every single thing about coaching. Even the best coaches in the world are always learning and evolving. It’s fine to be confident in your knowledge, but not to the point of being arrogant.

Those coaches who are arrogant usually don’t make enough adjustments when they have something wrong. It’s fine to not have a perfect strategy all the time. Learning from mistakes and not being arrogant about it is the key.

Commit, but never overdo it

Dedication is one of the key factors to be a good coach. If you want your players to commit to the team, to the game and make their best possible effort, you must show you’re doing the same thing.

Show up, be early, look presentable and be confident about your knowledge of the sport and your ability to lead a team to success. The coach is a key figure of the team and someone most players look up to.

However, we must be aware that there is a limit we shouldn’t cross when trying to look as committed to the team as possible. If you go overboard and start abusing your opponents or the referee verbally when a game isn’t going the way you’d want, we alienate players and your player’s parents if they are present.

Nobody likes to be the bad guy, but sometimes discipline action is necessary. It sets a tone for the rest of the team, so they are not going to act out in the future.

Make sure to be as fair as possible when handing out discipline. The star player on the team should be treated the same way as someone who is riding the bench. There should be no favoritism at all when coaching. Otherwise, players are going to pick up on that and really start to question future moves.

Monitor your team’s performance and adjust

What works at the beginning of the season might not work once other teams figure out certain strategies. When that happens, a good coach will be able to adjust on the fly. Generally speaking, coaching is a lot about making adjustments throughout the season. Different matchups, injury issues and more all play a factor.

After each game, a coach should look at the good and the bad. This is going to put things in perspective as much as possible. If something is trending in the wrong direction, it is better to assess everything sooner rather than later. Otherwise, losses can start to pile up and players can start to lose their confidence.

… but don’t adjust too often

In short: let your adjustments have an actual effect before making an additional adjustment that could affect the same performance factor again. If you are constantly adjusting game after game, your changes may not even have an actual noticeable effect to say if they were actually good or bad adjustments.

Let players get used to the changes first. Wait for any changes you do to have an effect first to see if this specific change had a positive or negative effect on your team before making any extra adjustments.

Be an interesting coach

At certain ages, coaches are more than just adults calling the shots at a sporting event. They are role models who can help kids grow in different ways outside of sports. Since that is the case, try to be an interesting person to keep the entire team engaged.

An interesting person does more than just tell great stories. They can lead by example, or bring some fun to the game when stress starts to build. A lot of teams perform better when they are relaxed and enjoying the sport that they fell in love with in the first place.

Don’t be afraid to bring some outside of the box ideas to the table. Different athletes response to different things, so what might be interesting to one person might not have the same effect on another.

Team sports focus a lot on camaraderie and playing together, but it is also important for coaches to develop one-on-one relationships. This is pretty easy to do any sport like golf or tennis, but it is just as important in basketball, football, soccer, and more.

Every single athlete likes to have individual attention at times. It allows them to focus on exactly what they need to do in order to better themselves individually. When a player can become better on their own, it helps the team as well.

One-on-one relationships also help players who might not have the proper amount of support at home. Just having someone who is caring and willing to listen can make an impact well outside of sports.

Demand the best effort from everyone

The team with the most talent in sports, more often than not, comes out victorious. However, a team can have all the talent in the world, but a lack of effort can hold them back.

Even if a team is overmatched, they can compete at the highest level if they give their best effort. Players can have bad games, but effort should never go in a slump.

The best way to make sure that a team plays is hard is to set a standard at the very beginning of the season. Practice hard and build up team camaraderie as much as possible. It will pay off in games when everyone is playing hard.

Have fun out there

As cliché as it sounds, it is just a game at the end of the day. Games are supposed to be fun, and part of the job of a coach is to make sure the people are enjoying themselves. Once a sport starts to feel like a job, it can really harm performance.

If it feels like a team is starting to lose the fun aspect of sports, give the athletes a day off to regroup. Set up fun activities to work on in practice. It might just take a small change to make things enjoyable once again.

AthleticHabits.com is a participant in the Amazon Services LLC Associates Program, an affiliate advertising program designed to provide a means for sites to earn fees by advertising and linking to Amazon.com and affiliated sites. As an Amazon Associate, the website owner earns from qualifying purchases. Some posts may contain affiliate links.

Scroll back to top